Self-Reliant Women Are Five Times More Likely to Be Judged as Better Leaders than Self-Reliant Men, According to New Research from NYU Stern 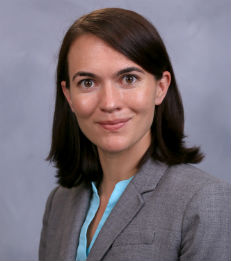 This study should bolster aspiring female leaders with the confidence to highlight their narrative of self-reliance as one pathway to achieve their professional goals (Professor Rebecca Schaumberg, NYU Stern).

From the political arena to Silicon Valley to the financial sector and beyond, women who aspire toward leadership positions frequently struggle with stereotypes about their competence and abilities. Research has shown that people are predisposed to believe men are more capable leaders than women,1 and women with assertive or dominant characteristics are often viewed in a more negative light than their male counterparts.

New research from NYU Stern Professor Rebecca Schaumberg finds that this perception is reversed for female leaders who exhibit self-reliance – the capacity to self-govern and control their own outcomes.

In this first-of-its-kind study, Professor Schaumberg and her co-authors aggregate multi-rater evaluations of perceived leadership ability by manipulating the gender and personality traits (e.g., self-reliant, assertive, etc.) of anonymized leaders.

The findings reveal that the presence of self-reliant traits in women almost always:

On the other hand, the self-reliance trait does not have any positive impact on male leadership evaluations. In fact, self-reliant men are more often viewed as cold, socially distant and non-communal, qualities inconsistent with strong leadership.

“Women may assume that pursuing a leadership role is futile because, regardless of whether they demonstrate stereotypically ‘feminine’ or ‘masculine’ qualities, they will be seen as worse leaders than men,” Professor Schaumberg notes. “We hope our findings will help fuel a broader conversation about leadership qualities in women working to advance in their careers.”

Professor Schaumberg continues, “This study should bolster aspiring female leaders with the confidence to highlight their narrative of self-reliance as one pathway to achieve their professional goals.”

The paper, “Self-Reliance: A Gender Perspective on Its Relationship to Communality and Leadership Evaluations” is forthcoming in an upcoming issue of the Academy of Management Journal.