There Is No Problem With The Copts … (Column) 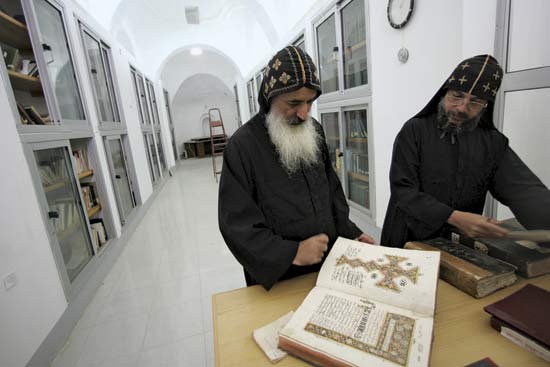 On Monday (10 October) I received a message from a friend of mine, a true Muslima, as she calls herself. The message said: “Two of my friends died last night. I am breaking down. One of them was to get married in a couple of months. His friends sent me a picture of his fiance holding his dead body. Mubarak was a curtain, SCAF is the monster we unveiled!”

This is only one of the many messages of despair I received after what happened on Sunday. A peaceful demonstration of Copts during the evening was interrupted by unknown people throwing stones at the demonstrators. Half an hour later soldiers arrived, together with the police, and started a hallucinatory crackdown. Firing live bullets, driving tanks into crowds. Leaving 24 dead and 150 wounded behind. One dozen people died under the wheels of a tank. The pictures are very disturbing.

Why? The Copts were demonstrating peacefully against the fact that the Supreme Council of Armed Forces (SCAF) is not reacting properly to attacks on Coptic churches. Not life-threatening for a government, is it? Moreover, there are demonstrations every week. No wonder that a lot of questions and theories are popping up. Why are the attackers of the Coptic church last week in the region of Aswan not brought to court? This is a valid question, certainly if you know that since February this year already 12,000 people have been sentenced by military court for disturbing the public order. It was not a massive attack. Only a dozen of Salafis, which are Muslim extremists, sacked a little church, not knowing someone was filming them. The fact that one of the guys on camera was not a Salafi, but an officer from the Ministry of Interior of course did explode the amount of conspiracy theories.

One of the most popular theories among Egyptians right now, is that the SCAF is organising these attacks and this chaos in order to keep power and to maintain the emergency law and military courts. In any case, what happened on Sunday will not diminish the doubts about the real intentions of the military. The fact that it is still totally unclear when the presidential elections are going to be held and the power of the SCAF will be transferred to a civilian doesn’t help either. That is of course also the message my friend sent me.

St. Anthony Monastery, located at the foot of Al-Qalzam Mountain (where the saint once lived), was founded in 356 after St. Anthony’s death and is the oldest active monastery in the world. The Monastery is located approximately 100 miles southeast of Cairo.

There remains the question about the situation of the Copts in Egypt. Until last weekend, my friend (whose name I deliberately don’t mention) told me that there are no problems with the Copts. A message I heard many, many times. And although a monk at the abbey of Saint Anthony, the oldest abbey in the world, told me a different story two days ago, everybody must admit that attacks on churches are being carried out by a few persons but condemned by everyone. Including the Muslim Brotherhood. It is true that the Copts do face problems as a minority, but what happened yesterday can’t be reduced to a ‘Coptic problem.’

The conclusion is quite simple. There are only two possibilities: either the situation after the revolution has become more chaotic and has given extremists new opportunities, or someone is deliberately trying to create chaos and frictions between minorities. Either way, the military bares a responsibility. And if the SCAF doesn’t take its responsibility to saveguard the revolution, I predict a new revolution in Egypt in the months to come.