Bargain Hunters Beware: A Store’s ‘Original Price’ Might Not Be After All 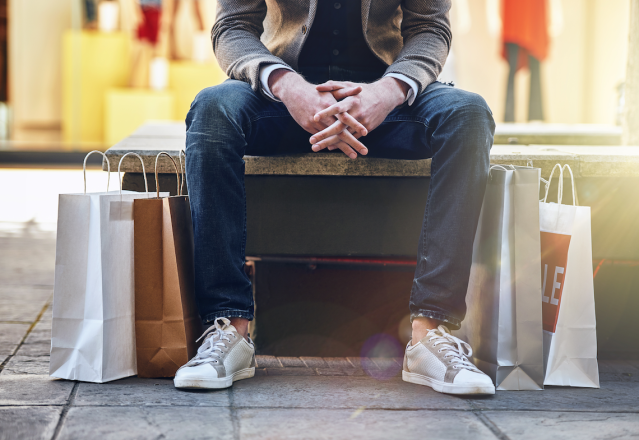 Retailers often compare a “sale” price to the original price. Donald Ngwesays consumers should be skeptical of those original prices — and so should regulators.

Sale! Even the word is enough to send a flutter through the hearts of certain shoppers, who salivate in anticipation of scoring a discount off a product’s original price. Few consumers stop to think, however, that the only way they know they are getting a bargain is that the store tells them so.

What if those “original prices” stores base their discounts on aren’t real?

An assistant professor in Harvard Business School’s Marketing Unit, Ngwe stumbled across possible marketing chicanery almost by accident. He was working on a related project involving a major US-based clothing and accessories brand (he can’t say which), when he noticed something odd happening at their outlet stores.

Some of the products on display were designed specifically to sell at the outlet stores and had never appeared on retail shelves. Those products, however, still showed an “original price” along with the discount—only in those cases, that price was completely made up.

As he looked into the issue, he realized that the practice is much more common than shoppers might realize. “Almost every item on Amazon has a struck-out price, but if you look at the policy behind that price, it’s incredibly vague,” he says.

Consumers have even brought class-action suits against retailers including JCPenney, Sears, Macy’s, and Kohl’s for their “fictitious prices,” which are forbidden by the Federal Trade Commission. Those cases, however, often hinge on the question of whether consumers would have bought an item anyway, had they known the supposed original prices were fake—a standard that is hard to prove. Some retailers have successfully argued in court, in so many words, that consumers see through the ruse and know full well these prices are just guidelines.

Perhaps for that reason, some companies have ended up in court several times, showing no signs of changing the practice. “When a retailer like Kohl’s gets sued over this year after year, it tells you this is not only common, but it’s persistent,” Ngwe says.

Examining the data from the outlet stores, he realized there was a wealth of information that could answer whether customers were actually fooled by faux pricing.

In fact, when he compared fake prices to real ones paid by consumers, Ngwe found a clear pattern—for every $1 increase in the posted “original price” for an item, consumers were willing to pay, on average, an extra 77 cents for that item. What was more, Ngwe found that repeat customers who shopped at the store often were least willing to pay more money based on fake prices, while those who shopped at the store least paid higher average prices based on those “original” price tags.

“This makes me think that the fake prices are working to mislead the customers who know the brand the least, and who have the least information about the brand, into making a decision they would not have made otherwise,” Ngwe says.

In other words, customers aren’t merely using the price as, say, an indicator of high quality, but really do believe that it once sold for that much, including that in their calculus of how much to pay.

To confirm that finding, Ngwe set up an experiment in which he showed participants a handbag with a sale price of $40, along with a “true original price” and a “displayed original price,” each of which ranged $40 to $90. They were then asked a series of questions, including whether they thought the bag was high quality, a good deal, and at a fair price. When the true, original price was higher, consumers rated the bag higher on all of those questions; when the displayed price was higher than the true price, however, it had no influence.

That surprised Ngwe. “I expected even if they were given verifiably fake prices, it would still change people’s evaluation of quality, since customers are used to seeing fake discounts,” he says. “Contrary to that expectation, the data tells me no.”

Participants did, however, rate the bag higher on one factor—how dishonest the seller was. Taken together, those findings bolster claims in the lawsuits that consumers are genuinely deceived by fake original prices, and regulators should consider cracking down on the practice more aggressively.

“There is an attitude among a few policymakers that consumers are savvy enough anyway, and that, relative to other forms of deception, fakes prices are somewhat less damaging,” Ngwe says. “My results show that customers don’t see through the ruse. Even in outlet stores where they might expect some level of false discounting, they are still very influenced by these signals.”

Truly savvy customers may still be able to separate fake from real original prices by doing their homework. Some retailers, for example, stitch different codes into their products depending on whether they are originally designed for retail or intended straight for the outlets. More broadly, however, caveat emptor still applies. Consumers should know that displayed original prices aren’t necessarily valid and do their own independent assessment of what an item is worth to them.

For retailers, Ngwe’s research shows that fake original prices could be a strategy to increase sales—but only if regulators don’t crack down harder on the practice. If companies want to make customers feel like they are getting a deal and still be honest, Ngwe suggests they use wiggle words such as “compare at” or “value at” before the original price.

“This could be a very useful tool, because it allows them to inform the customer of the value of a product at the same time that it allows them to price their products competitively,” he says. “They can have their cake and eat it too.”