A weakened version of the bacteria that causes cholera provides quick protection to rabbits. The vaccine may one day stop outbreaks of the deadly intestinal disease.

A tricked-out cholera vaccine starts protecting against the deadly disease within a day, experiments in rabbits suggest. The rapid protection offered by this designer vaccine may one day limit the spread of cholera outbreaks, says Howard Hughes Medical Institute (HHMI) Investigator Matthew Waldor.

Waldor and his colleagues discovered an ability unique to the vaccine, called HaitiV: it protects rabbits from cholera-causing bacteria almost immediately ­– even before an immune response begins. That effect, described June 13 in Science Translational Medicine, suggests the vaccine will be particularly good at curbing fast-spreading cholera, which causes between 21,000 and 143,000 deaths worldwide each year.

The researchers haven’t yet tested the vaccine in people, but Waldor, a microbiologist at Brigham and Women’s Hospital, is optimistic that the vaccine will hold great promise. “We think this is going to be a very good vaccine and could induce immunity after a single dose,” he says.

Cholera is an intestinal infection that, without treatment, can quickly kill. The disease is caused by Vibrio cholerae, bacteria that reside in the small intestines and produce toxins that can trigger vomiting and diarrhea, leading to severe dehydration.

After tracing the genetic origins of the V. cholerae strain responsible for the 2010 outbreak in Haiti, Waldor and his colleagues realized that the bacteria had changed in the decades since existing cholera vaccines were designed.

“The last vaccines were made a long time ago, and they don’t incorporate a lot of our modern understanding of this pathogen,” Waldor says. He and his team decided to create a new version of the vaccine using a toothless V. cholerae as a protective shield. These harmless, lab-designed bacteria don’t cause cholera. Instead, they seem to prevent the dangerous pathogen from causing trouble. 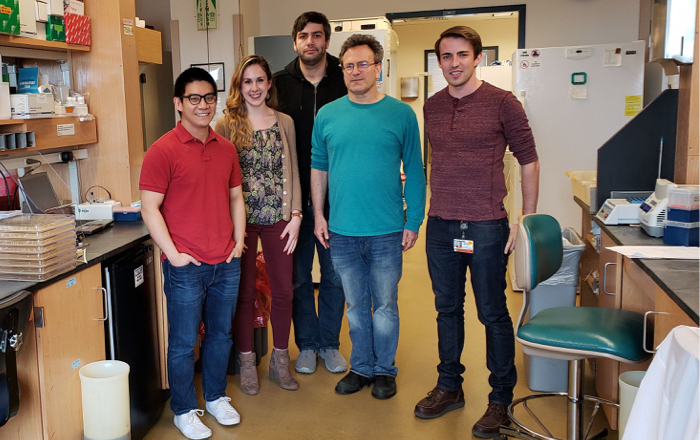 Waldor and his colleagues began with the DNA sequence of the current version of the virulent V. cholerae. Using sophisticated genetic tricks, the researchers tweaked the bacteria’s genome, essentially engineering out anything that might make it dangerous. If the bacteria were ever to acquire the DNA sequence for making toxins, for example, a CRISPR-based gene-editing safeguard would chew up that DNA.

The researchers also hamstrung the bacteria so that they wouldn’t be able to swap genes easily and pick up toxic capabilities from other bugs. “We have many different engineering steps to make this an incredibly safe, genetically stable, live vaccine,” Waldor says.

His team tested HaitiV in rabbits, which respond to V. cholerae similarly to humans. The engineered bacteria colonized rabbit intestines, but with none of the ill effects of the regular V. cholerae bacteria. And vaccinated rabbits that were infected with pathogenic V. cholerae 24 hours later didn’t get sick. Mathematical modeling suggests that in people, such a vaccine would drastically curb the number of people infected during an outbreak.

Waldor and his colleagues suspect the vaccine protects in a similar way to a probiotic, such as the helpful live bacteria in yogurt and other fermented foods. “It’s a living therapeutic that has good effects on health,” Waldor says. But it’s not yet clear how this probiotic effect might work. It’s possible that the engineered bacteria somehow interfere with toxin production of regular V. cholerae, he says. Or perhaps the engineered bacteria use up some of the nutrients the dangerous bugs need to survive.

An early clinical trial in people is in the works. Waldor and his colleagues are also focused on practical improvements to the vaccine, such as making it stable in environments where cholera is present. The researchers are combing through the genes of V. cholerae, searching for spots that could be altered to promote a longer vaccine shelf life.