A Stanford-led study questions previous findings about the value of foreshocks as warning signs that a big earthquake is coming, instead showing them to be indistinguishable from ordinary earthquakes.

No one can predict when or where an earthquake will strike, but in 2011 scientists thought they had evidence that tiny underground tremors called foreshocks could provide important clues. If true, it suggested seismologists could one day warn people of impending temblors. 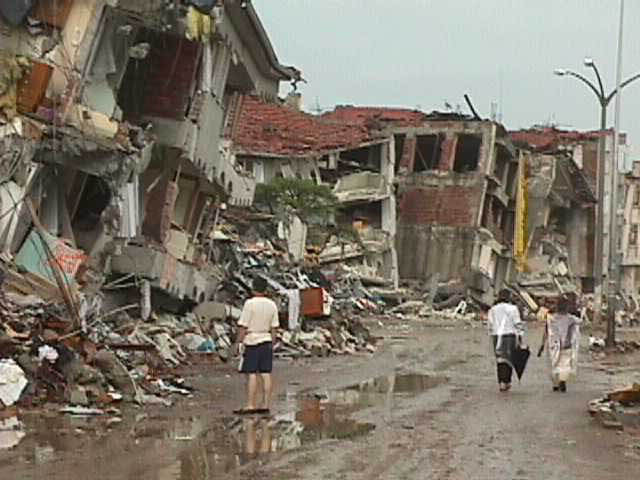 But a new study published in the online June 4 issue of Nature Geoscience by scientists at Stanford University and Boğaziçi University in Turkey has cast doubt on those earlier findings and on the predictive value of foreshocks.

The previous evidence came from a 7.6 magnitude earthquake in 1999 near Izmit, Turkey, that killed more than 17,000 people. A 2011 study in the journal Science found that the deadly quake was preceded by a series of small foreshocks – potential warning signs that a big seismic event was imminent.

“We’ve gone back to the Izmit earthquake and applied new techniques looking at seismic data that weren’t available in 2011,” said lead author William Ellsworth, a professor (research) of geophysics at Stanford School of Earth, Energy & Environmental Sciences. “We found that the foreshocks were just like other small earthquakes. There was nothing diagnostic in their occurrence that would suggest that a major earthquake was about to happen.”

“We’d all like to find a scientifically valid way to warn the public before an earthquake begins,” said co-author Fatih Bulut, an assistant professor of geodesy at Boğaziçi University’s Kandilli Observatory and Earthquake Research Institute. “Unfortunately, our study doesn’t lead to new optimism about the science of earthquake prediction.”

How do earthquakes begin?

Scientists including Ellsworth have proposed two ideas of how major earthquakes form, one of which – if scientists can detect them – could warn of a larger quake.

“About half of all major earthquakes are preceded by smaller foreshocks,” Ellsworth said. “But foreshocks only have predictive value if they can be distinguished from ordinary earthquakes.”

One idea, known as the cascade model, suggests that foreshocks are ordinary earthquakes that travel along a fault, one quake triggering another one nearby. A series of smaller cascading quakes could randomly trigger a major earthquake, but could just as easily peter out. In this model, a series of small earthquakes wouldn’t necessarily predict a major quake.

“It’s a bit like dominos,” Bulut said. “If you put dominos on a table at random and knock one over, it might trigger a second or third one to fall down, but the chain may stop. Sometimes you hit that magic one that causes the whole row to fall.”

Another theory suggests that foreshocks are not ordinary seismic events but distinct signals of a pending earthquake driven by slow slip of the fault. In this model, foreshocks repeatedly rupture the same part of the fault, causing it to slowly slip and eventually trigger a large earthquake.

In the slow-slip model, repeating foreshocks emanating from the same location could be early warnings that a big quake is coming. The question had been whether scientists could detect a slow slip when it is happening and distinguish it from any other series of small earthquakes.

In 2011, a team argued in Science that the foreshocks preceding the 1999 quake in Izmit were driven by slow slip, and could have been detected with the right equipment – the first evidence that foreshocks would be useful for predicting a major earthquake.

“That result has had a large influence in thinking about the question of whether foreshocks can be predictive,” Ellsworth said.

The city of Izmit is located on the North Anatolian Fault, which stretches about 900 miles (1,500 kilometers) across Turkey. For the 2011 study, a team analyzed data from a single seismic station several miles from the earthquake epicenter, which ultimately recorded seismograms of 18 foreshocks occurring about 9 miles (15 kilometers) below the surface – very close to the where the larger earthquake began – and each with similar waveforms.

Those similarities led the authors to conclude that all of the foreshocks repeatedly broke the same spot on the fault, driven by slow slip that ultimately triggered the major earthquake. They concluded that monitoring similar events could provide timely warning that a big quake is imminent.

“The Science paper concluded that there was a lot of slow slip, and had we been there with the right instruments we might have seen it,” Ellsworth said. “We decided to test that idea that the foreshocks were co-located.”

Instead of relying on data from one seismic station, Ellsworth and Bulut analyzed seismograms recorded at nine additional stations during the 1999 earthquake.

With more stations, Ellsworth and Bulut identified a total of 26 foreshocks. None were identical, and the largest ones progressively moved from west to east along the fault. This finding is consistent with the cascade model, where an ordinary earthquake triggers another quake on a neighboring part of the fault, but doesn’t necessarily predict a major quake.

Bulut and Ellsworth found no evidence that slow slip played a role in triggering the Izmit earthquake.

“The authors of the Science paper were quite optimistic, but what they proposed had happened did not happen,” Ellsworth said.

What the researchers don’t know is why this series of cascading foreshocks triggered a massive earthquake when so many others don’t. Ellsworth said that without better seismic instrumentation, important challenges like our ability to predict earthquakes will remain.

“We’re not giving up on foreshocks just because we currently can’t tell them apart from other earthquakes,” Ellsworth said. “We want to understand if they have predictive value and if not, why not. To answer that question will require observations made close to the action, deep in the heart of the earthquake machine, not as we currently do from the surface where we’re blind to changes deep underground.”