LSD Produces A New Type Of ‘Harmonic’ Order In The Brain, According To Neuroimaging Study 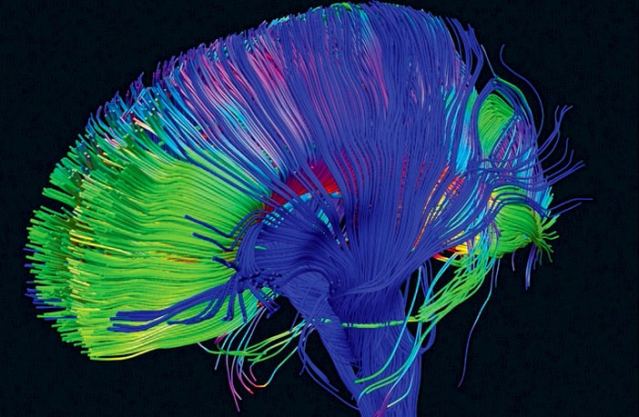 New brain published in the journal Scientific Reports sheds new light on how LSD produces its psychedelic effects. The drug resulted in the “emergence of new type of order in the brain,” the researchers found.

The study used a new mathematical method to analyze brain activity, known as connectome-harmonic decomposition, to examine how LSD caused alterations in consciousness. A connectome is a distinctive pattern of neural connections — like a wiring diagram of the brain.

“I am generally interested in novel therapeutic tools that can help with the healing of psychiatric disorders, especially healing from trauma. I feel that as Western societies we generally tend to label and marginalise mental illness instead of seeing it as a rather normal reaction to extreme and abnormal circumstances,” said Selen Atasoy, a postdoctoral research fellow at the Center for Brain and Cognition at the Universitat Pompeu Fabra and lead author of the study.

“This, in my opinion, makes the recovery of a patient from trauma even more difficult, as this perspective of the society may further deepen the ‘dissociation’ – the withdrawal of the person, who experienced the traumatic event, from that painful experience.”

“As Dr. Gabor Mate nicely explains, trauma is not caused by the extremely painful experience itself but rather by our dissociation from that part of ourself that had to bear that experience. When I came across the studies about psychedelics, it was very remarkable to me to see how patients under the effect of psychedelics were able to reclaim and integrate their most traumatic experiences and how that led to a powerful healing process,” Atasoy told PsyPost.

“It is probably due to this effect of psychedelics that a very strong, natural psychedelic – ayahuasca – is considered a very powerful plant medicine in various indigenous cultures and has been used in shamanic healing ceremonies for centuries. On the other hand, neuroscience today has another very powerful tool; the imaging technologies such as functional magnetic resonance imaging (fMRI) and magnetoencephalography (MEG) allow us to visualise the brain activity of a person.”

“My research focuses on understanding the changes in brain activity caused by psychedelics using these functional neuroimaging datasets,” Atasoy said. “In the future, my hope is that we can gain some insights into the neural mechanisms underlying the therapeutic effect of psychedelics and also of other therapeutic tools.”

The researchers analyzed fMRI data from 12 participants whose brain activity was recorded while they were under the influence of LSD and a placebo.

“We applied a new analysis, a harmonic decoding of fMRI data, which looks at neural activity in a new way; as a combination of harmonic waves in the brain that we call ‘connectome harmonics’,” Atasoy explained to PsyPost. “The connectome harmonics we used to decode brain activity, which was first introduced in a Nature Communication publication in 2016, are universal harmonic waves, such as sound waves emerging within a musical instrument, but adapted to the anatomy of the brain, i.e. to the human connectome.”

“Translating fMRI data into this harmonic language is actually not different than decomposing a complex musical piece into its musical notes. The connectome-harmonic decoding of the fMRI data under LSD showed that LSD not only increases the total energy of the brain but also enriches the repertoire of connectome harmonics – the basic elements of this harmonic language.”

“This repertoire expansion occurred not in a random manner but it was rather structured, which suggests a reorganisation of brain dynamics and the emergence of new type of order in the brain,” Atasoy said. “We also found that LSD selectively activated high-frequency connectome harmonics and caused the brain activity to self-organize at criticality, right at the balance between order and chaos.

“In summary, we found that what LSD does to your brain seems to be similar to jazz improvisation; just like improvising jazz musicians use many more musical notes in a spontaneous and non-random fashion, your brain combines many more of the harmonic waves (connectome harmonics) spontaneously yet in a structured way.”

But there is still much to learn about the brain mechanisms underlying LSD’s profound effects.

“I think this study was an important step towards understanding the effect of LSD, and potentially other psychedelics, in terms of energy, frequency and the repertoire of brain states,” Atasoy remarked. “It also provided the first experimental evidence to suggest that LSD tunes brain dynamics towards criticality – a delicate balance between order and disorder.”

“But in this study we haven’t yet looked at the neuronal mechanisms that cause these changes in the brain activity and in brain dynamics. I think it is quite important to link these findings to the effects of neurotransmitters, i.e. to the known effects of the psychedelics at a neuronal level.”

“Also, it would be of great interest to explore how and why these changes in brain activity relate to a person’s subjective experience such as mood changes under the effect of psychedelics,” Atasoy added. “Although this is rather a long term research question, it is a crucial one, as it can give us a better understanding of the roots of psychedelics’ therapeutic effect.”