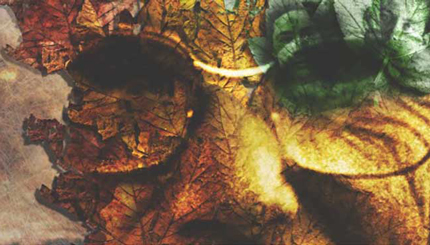 A recent multi-centre study, led by King’s College London and the University of Manchester, has established that synapse loss in Alzheimer’s disease is driven by a specific signalling pathway. This pathway is called the Wnt-planar cell polarity (PCP) signalling pathway and it may be pivotal to the progressive neurodegeneration seen in the disease.

There are two Wnt signalling pathways; the canonical pathway (Wnt–catenin), which promotes synapse and neuronal maintenance; and the non-canonical pathway (Wnt-PCP), which promotes synaptic disassembly and degradation. These pathways will provide a balanced maintenance of synapses in a healthy individual, but in an Alzheimer’s disease brain the Wnt-PCP pathway is overactive and leads to synaptic loss.

Wnt-PCP synaptic signalling is triggered from the increased presence of amyloid beta protein, a characteristic hallmark of Alzheimer’s disease.

The group established that the Wnt-PCP pathway is critical to synapse loss, with the associated Alzheimer’s disease upregulation of amyloid beta driving this loss. To halt this synaptic damage and disease progression, the researchers investigated whether they could disrupt this pathway to stop the disease.

This was achieved by treatment in mice with a drug called fasudil. The drug targets a protein called ROCK in the Wnt-PCP signalling pathway, effectively derailing the synaptotoxic cascade of amyloid production.

The shutting off of the Wnt-PCP pathway with fasudil protected synaptic spines for degradation in the amyloid beta treated neurons in vitro. This result was further tested in an in vivo model of Alzheimer’s disease, where amyloid beta oligomer induced cognitive impairment was protected against by fasudil treatment.

Fasudil is a useful drug as it has previously been given clinical approval so is shown to be safe for humans. It was approved in 1994 for the treatment of cerebrovascular vasospasm, a condition where arterial spasms can lead to a reduced blood flow to the brain and neurodegeneration.

Dr Richard Killick from the Institute of Psychiatry, Psychology & Neuroscience (IoPPN) at King’s College London, said: ‘There is currently no effective treatment for Alzheimer’s disease and there are millions of sufferers globally. As we all live longer, that number is only going to get bigger.

‘Our new study sheds a great deal of light on how beta-amyloid destroys the connections between nerve cells, in addition to identifying a drug which could potentially block this process.’

The success of fasudil within this study, coupled with its previous use in humans, warrant the further investigation of this drug for Alzheimer’s disease treatment.