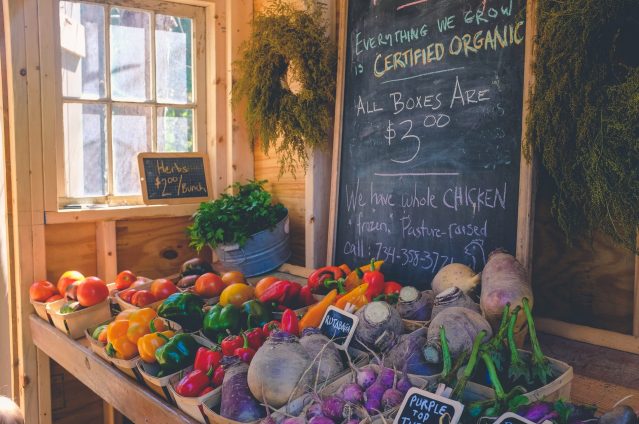 Shoppers usually claim they buy organic food because it is environmentally friendly and has higher standards of animal welfare. However, research has found that in reality better taste and health benefits are key motivators for buying organic produce.

Lecturer Dr Adelina Gschwandtner from the School of Economics, analysed the organic shopping habits of consumers in Canterbury to discover their price thresholds and rationale for buying organic foods such as chicken, milk, bananas, carrots and apples.

The data found that were spending an average of £3.84 of their total bill on organic produce, around 26% of the total. This is higher than many previous studies have found and suggests attitudes towards purchasing organic food are changing.

While there is a gap between the premium people say they will pay for organic products and what they actually will spend, the fact people will pay more is notable.

Despite this when asked why they were willing to pay more for organic items most consumers stated they bought items for ‘non-personal’ benefits such as the belief organic food is environmentally friendly and meat is produced in more ethically acceptable ways.

But when the data from the surveys was analysed about what influences decisions to buy organic food it showed that ‘selfish’ reasons such as improved taste and health benefits are in fact the strongest drivers to buying organic food.

The findings could help supermarkets, organic food producers and even governments reconsider how they advertise organic produce to appeal to buyers by promoting taste and health benefits, rather than focusing on the environmental benefits of organic food, as is usually promoted.