What Happens When Mixed Race Couples Have Children Of Their Own?

A new study by a sociologist at the University of Kent reveals how mixed-race British parents draw from their ethnic and racial backgrounds in identifying and raising their children.

In her new book, entitled Multiracial Parents: Mixed Families, Generational Change and the Future of Race (NYU Press, November 2017), Professor Miri Song, of the School of Social Policy, Sociology and Social Research, draws on detailed narratives to present a revealing portrait of how multiracial identity is – and is not – transmitted to children. 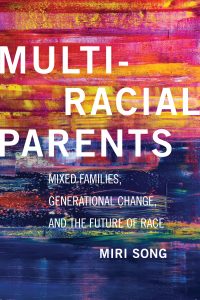 Professor Song’s research found that many multiracial parents feel that their very existence – and the families they and their children constitute – are becoming increasingly normalised and are central to challenging existing racial boundaries and the historical meanings of race.

But Professor Song explains in the book that the decisions made by multiracial parents are not only varied, but often tinged with uncertainty and ambivalence. Will ethnic and racial ancestries and identifications be passed on to their children, and how may this process vary for Black/White, South Asian/White, and East Asian multiracial people?

Furthermore, she points to the fact that two people with the exact same multiracial backgrounds (for instance Black and White), and with partners of the same racial backgrounds (White), can still identify and raise their children in quite different ways. This is because many factors, such as the physical appearance of children, the parents’ own upbringing, and regional location, influence this process.

As an example, Professor Song shows that it is fully possible that couple A, who live in a mostly White suburb, may tell their child that they are White, while couple B, who live in an area with many more Black people, may decide that their child should identify as, and be seen as, multiracial. Moreover, the importance of race, and concerns about racism, can vary significantly across the multiracial population.