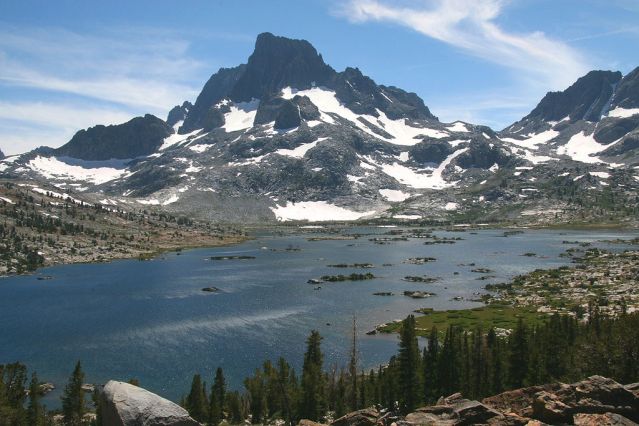 As the world warms, mountain snowpack will not only melt earlier, it will also melt more slowly, according to a new study by scientists at the National Center for Atmospheric Research (NCAR).

“When snowmelt shifts earlier in the year, the snow is no longer melting under the high sun angles of late spring and early summer,” said NCAR postdoctoral researcher Keith Musselman, lead author of the paper. “The Sun just isn’t providing enough energy at that time of year to drive high snowmelt rates.”

The study was funded by the National Science Foundation, NCAR’s sponsor. 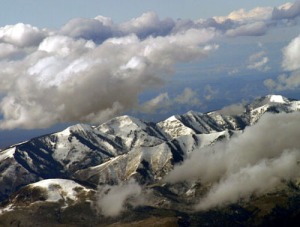 The NSF/NCAR C-130 aircraft passes over a section of the snow-capped Rocky Mountains near Denver on November 1, 2002, while on a flight for the IDEAS (Instrument Development and Education in Airborne Science) project.

The findings could explain recent research that suggests the average streamflow in watersheds encompassing snowy mountains may decline as the climate warms — even if the total amount of precipitation in the watershed remains unchanged. That’s because the snowmelt rate can directly affect streamflow. When snowpack melts more slowly, the resulting water lingers in the soil, giving plants more opportunity to take up the moisture. Water absorbed by plants is water that doesn’t make it into the stream, potentially reducing flows.

Musselman first became interested in how snowmelt rates might change in the future when he was doing research in the Sierra Nevada. He noticed that shallower, lower-elevation snowpack melted earlier and more slowly than thicker, higher-elevation snowpack. The snow at cooler, higher elevations tended to stick around until early summer — when the Sun was relatively high in the sky and the days had grown longer — so when it finally started to melt, the melt was rapid.

To investigate the question, Musselman first confirmed what he’d noticed in the Sierra by analyzing a decade’s worth of snowpack observations from 979 stations in the United States and Canada. He and his co-authors — NCAR scientists Martyn Clark, Changhai Liu, Kyoko Ikeda, and Roy Rasmussen — then simulated snowpack over the same decade using the NCAR-based Weather Research and Forecasting (WRF) model.

Once they determined that the output from WRF tracked with the observations, they used simulations from the model to investigate how snowmelt rates might change in North America around the end of the century if climate change continues unabated.

While the study did not investigate the range of implications that could come from the findings, Musselman said the impacts could be far-reaching. For example, a reduction in high melt rates could mean fewer spring floods, which could lower the risk of infrastructure damage but also negatively affect riparian ecosystems. Changes in the timing and amount of snowmelt runoff could also cause warmer stream temperatures, which would affect trout and other fish species, and the expected decrease in streamflow could cause shortages in urban water supplies.

“We hope this study motivates scientists from many other disciplines to dig into our research so we can better understand the vast implications of this projected shift in hydrologic patterns,” Musselman said.