Join 253 other subscribers
Breaking News
By newspaperport on November 24, 2016 • ( Leave a comment ) 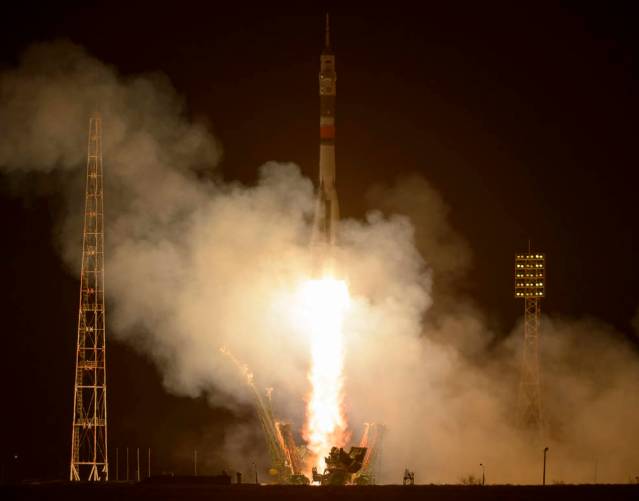 Three crew members representing the United States, Russia and France are on their way to the International Space Station after launching from the Baikonur Cosmodrome in Kazakhstan at 3:20 p.m. EST Thursday, Nov. 17 (2:20 a.m. Nov. 18, Baikonur time). 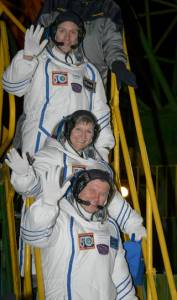 The Soyuz spacecraft carrying Peggy Whitson of NASA, Oleg Novitskiy of Roscosmos and Thomas Pesquet of ESA (European Space Agency), is scheduled to dock with the space station’s Rassvet module at 5:01 p.m. Saturday, Nov. 19. NASA TV coverage of docking will begin at 4:15 p.m. Hatches are scheduled to open about 7:35 p.m., with NASA TV coverage starting at 6:45 p.m.

Upcoming research includes how lighting impacts the overall health and well-being of crew members, and how microgravity affects tissue regeneration in humans and the genetic properties of space-grown plants.

In February, Whitson will become the first woman to command the space station twice. Her first tenure as commander was in 2007, when she became the first woman to hold this post. Whitson has an advanced degree in biochemistry, and prior to her selection as an astronaut candidate in 1996, she served in prominent medical science research and supervisory positions at NASA.

The crew members are scheduled to receive three cargo craft delivering several tons of food, fuel, supplies and research to the station, as well as new lithium ion batteries to replace the nickel-hydrogen batteries currently used on the station to store electrical energy generated by the station’s solar arrays. These will be installed during a series of spacewalks currently scheduled for January.

For more than 15 years, humans have been living continuously aboard the International Space Station to advance scientific knowledge and demonstrate new technologies, making research breakthroughs not possible on Earth that also will enable long-duration human and robotic exploration into deep space, including the Journey to Mars. A truly global endeavor, more than 200 people from 18 countries have visited the unique microgravity laboratory that has hosted more than 1,900 research investigations from researchers in more than 95 countries.

Check out the full NASA TV schedule and video streaming information at: http://www.nasa.gov/nasatv

Keep up with the International Space Station, and its research and crews, at: http://www.nasa.gov/station

Get breaking news, images and features from the station on Instagram and Twitter at: http://instagram.com/iss and http://www.twitter.com/Space_Station