The Deal With The Heels: Higher Heels Come From High Society, Researchers Say 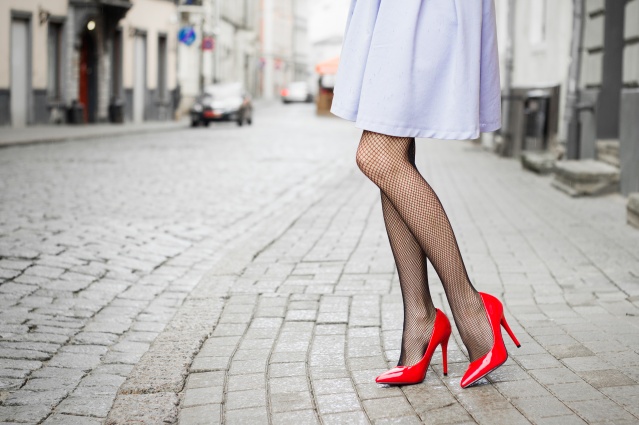 When American women relocate to wealthier cities, they adopt the fashion preferences of those around them. But when moving to poorer cities, women stick with their previous wardrobe style, no matter the local norm.

For example, the heel height of women’s shoes becomes higher, but only wherever wealth exists and the local style accepts this standard of a higher heel.

In the first large-scale demonstration of what researchers describe as the tension between psychological conformity and consistency for women, Tepper School of Business associate professor of marketing Jeff Galak and his co-authors reveal in research published Wednesday that Americans on the move generally adopt higher-status fashion trends to a far greater extent than lower status.

“Studying heel height may seem like an unusual way to understand social influence, but it’s actually a perfect setting,” said Galak, whose fellow researchers included: Kurt Gray, Ph.D., assistant professor in psychology at the University of North Carolina; Nina Strohminger, Ph.D., a postdoctoral fellow at the Yale School of Management; and independent researcher Igor Elbert. “Fashion choices are highly visible decisions that are influenced by social norms and pressures. Shoes, and defacto heel height, are one such purchase where the decision and motivations are both highly visible and easily quantifiable.

“It’s difficult to systematically assess preferences for say, clothing color, because there are just so many different colors women can choose from. Heel height, however is a single dimension that we as researchers can look to – and understand the nuanced decision that women make when trying to both be themselves and also fit in with a new environment.”

Their paper, entitled “Trickle-down preferences: Preferential conformity to high status peers in fashion choices,” was published by PLOS ONE, a journal that provides a platform to publish primary research, including interdisciplinary and replication studies, from all disciplines within science and medicine.

The researchers studied 16,236 shoe purchases by 2,007 women across 180-plus U.S. cities throughout a five-year period. They found that women’s heel height changed in accordance with the subjects’ relocation, whether they moved to a city whose median income was marginally or significantly higher than earnings in their original hometown. However, the study showed that if women moved to a location with a median income lower than the subjects’ previous residence, the women generally kept the preferences of their previous location, choosing not to alter their heels.

“There is, of course, still more work to be done to understand how people, in general, balance the complexity of maintaining their own sense of individuality while trying to be part of a larger group,” Galak said, noting that Census figures reveal that 7 million-plus Americans relocate across state lines annually. “For instance, do people conform to social norms for more private purchases like furniture, movies and even art? Maybe we will learn that when their purchases are not on public display, people are willing to keep true to their own identities and are less willing to conform to the group.” 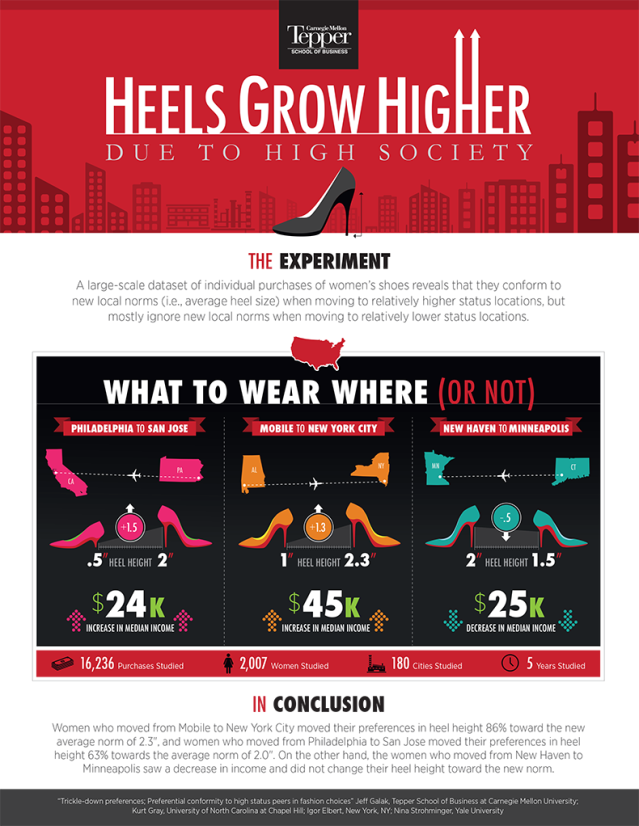