Super Bowl Won’t Make You Feel Super, Even If Your Team Wins 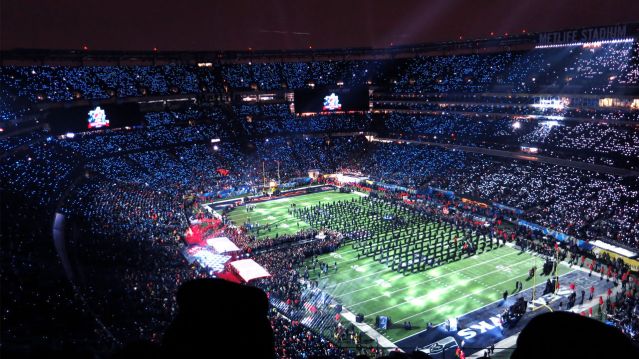 With last year’s Super Bowl drawing in over 114 million viewers, you’d assume that much of the audience tuned in not just for the commercials, but for the enjoyment of the game. You’d be wrong, say communication researchers Drew Margolin, and Wang Liao, who have created a unique way to watch the emotional dynamics of the game in real-time during this year’s Super Bowl.

By collecting and tracking Twitter hashtags of each of the NFL teams over eight weeks of the 2013-2014 regular season, the duo and collaborator Yu-Ru Lin from the University of Pittsburgh were able to determine that, even during a win, fans expressed increased anger and anxiety as compared to the amount of those sentiments they were sending pre-game. At the same time, Margolin and Liao did not see any significant increase in the expression of positive emotion during the game. Building upon their analysis of the quantity of post-game conversation amongst NFL fans found in their paper “Conversing in Reflective Glory: A Systematic Study Using National Football League Games,” the results, not yet published, also show that levels of anger and anxiety return to pre-game levels for fans of the winning team, but for fans of the losing team those negative emotions continue to increase. The overall effect is that the games increase negative emotion more than positive emotion.

For Super Bowl 50, the duo and Cornell computational scientist Brandon Barker created a visualization tool that tracks the ebb and flow of the Denver Bronco and Carolina Panther faithful’s anger, anxiety, sadness and happiness before, during, and after the game.

Here’s how it works: the software tracks tweets sent from the Charlotte and Denver areas, as well as Phoenix and Boston (the losing playoff cities) as control cities, and then maps the intensity of the emotional content. When users send a tweet with a team hashtag (e.g. #Broncos) or mention a team’s handle (e.g. @Panthers), the software decodes the emotion by running the tweet’s language against a set of words that reflect different feelings, and then assigns a value to that emotional intensity, ranging from anxiety to elation.

A touchdown pass from Peyton Manning? Denver fans will light up with glee as Carolina fans brood. After a long Cam Newton run, expect the reverse. Experience the research for yourself at: http://margolin.cac.cornell.edu/superbowl.