‘Shared Bad Memories’ Bind Fighters And Terrorists To Their Groups 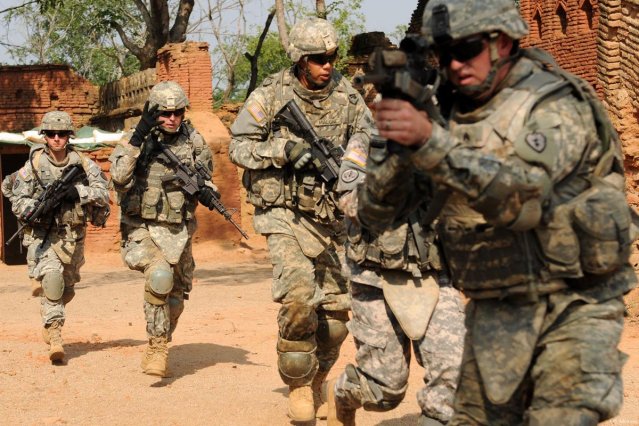 What binds military fighters or terrorists together so tightly that they are willing to sacrifice their own lives for their causes?

Previous research has shown that such extreme behaviour can be driven by ‘identity fusion’, a strong sense of ‘oneness’ with their group. Oxford University researchers have now shed new light on the role that shared emotional experiences plays in this fusion between people’s personal and group identities. In their paper, published in the journal PLOS ONE, they describe three studies. The first two, based on online questionnaires with people living in Northern Ireland and Boston, USA, reveal that people who share extremely bad experiences together fuse more with their respective groups and a reflective process appears to link the shared traumatic events with the group’s identity. An experiment also shows how just thinking about a collectively traumatic event increases a sense of oneness with the group.

In the first study, 200 people of Irish and British descent in Northern Ireland who had lived during ‘The Troubles’ were asked about their negative experiences as a Unionist or Republican; how frequently they had suffered for being a Republican or Unionist; and how they rated their suffering. They then answered questions about how often they reflected on these shared negative experiences and, finally, how fused they felt with Republicanism or Unionism. The findings suggest that the level of an individual’s suffering as a member of their group can be linked with their level of identity fusion, and this connection forms because of a period of reflection on their shared experiences.

The paper also reports two other studies with residents of Boston. They were asked about how they were directly or indirectly affected by the 2013 Boston Marathon Bombing, a terrorist attack that killed three people and injured more than 260. Unlike participants from Northern Ireland, Boston residents had not experienced a long conflict, but a sudden, one-off, seemingly random attack. Again researchers found that those most affected by the event thought more about their experiences. This, in turn, predicted how strongly their personal identity fused with the City of Boston.

Researchers lastly carried out an experiment to see the effects of reviving memories of the Boston Bombing. Half of a sample of almost 100 people was randomly put into the ‘’Boston Bombing group’, in which participants had to vividly recall their memories of that incident and write them down, and think specifically about how they and others they knew had been affected by the event. The other half, meanwhile, was given a different task of remembering more mundane things they had done recently in Boston, such as running errands or shopping. Afterwards, researchers assessed the overlap between their personal and group identities. Using standard psychological measures, they found that those who had been primed about the Boston Bombing had a heightened sense of oneness with the city.

Lead author Dr Jonathan Jong, from the School of Anthropology at the University of Oxford, said: ‘Previous research has shown that people with high levels of fusion are more likely to back extreme action taken for the sake of the group, particularly when they feel their group is threatened. We find that memories of shared bad experiences at the hands of hostile outsiders can lead to fusion. It is important to increase our understanding of the psychological causes behind intense social bonding and extremism if we are to develop effective interventions to stem the tide of conflicts we are experiencing in the world today. One possibility might be to try to disrupt the process of reflection that seems so important in connecting shared trauma with social bonding.’

It is important to increase our understanding of the psychological causes behind intense social bonding and extremism if we are to develop effective interventions.
Dr Jonathan Jong

The research was done as part of the Ritual Project, funded by the UK Economic Social Research Council. Project leader Professor Harvey Whitehouse, also from Oxford’s School of Anthropology, said: ‘This research into the role of shared suffering in identity fusion supports earlier project findings, including our studies of militias in Libya during and after the revolution in 2011. There, we found that fighters who had faced the most traumatic ordeals of frontline combat were more fused with friends in their battalions than with their families, whereas those who had faced less extreme experiences in the conflict were significantly more fused with family than with fellow fighters. Fusion is key to explaining the willingness of armed combatants to fight and die for one another. Understanding the mechanisms involved may help us to de-fuse combatants or harness their fusion in the service of peaceful outcomes.’

The research was done as part of the Ritual Project, funded by the UK Economic Social Research Council.

The paper, Shared negative experiences lead to identity fusion via personal reflection, is published by PLOS ONE.

Source: The University of Oxford