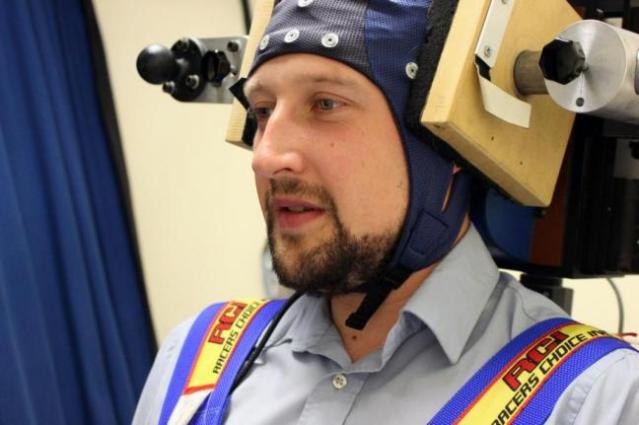 The misery of motion sickness could be ended within five to ten years thanks to a new treatment being developed by scientists.

The cause of motion sickness is still a mystery but a popular theory among scientists says it is to do with confusing messages received by our brains from both our ears and eyes, when we are moving.

It is a very common complaint and has the potential to affect all of us, meaning we get a bit queasy on boats or rollercoasters. However, around three in ten people experience hard-to-bear motion sickness symptoms, such as dizziness, severe nausea, cold sweats, and more.

Research from Imperial College London, published today in the journal Neurology, shows that a mild electrical current applied to the scalp can dampen responses in an area of the brain that is responsible for processing motion signals. Doing this helps the brain reduce the impact of the confusing inputs it is receiving and so prevents the problem that causes the symptoms of motion sickness.

This technique offers a safe and effective intervention that is likely to be available for anyone to buy, in the future.

Dr Qadeer Arshad from the Department of Medicine at Imperial College London led the research. He said: “We are confident that within five to ten years people will be able to walk into the chemist and buy an anti-seasickness device. It may be something like a tens machine that is used for back pain.

“We hope it might even integrate with a mobile phone, which would be able to deliver the small amount of electricity required via the headphone jack. In either case, you would temporarily attach small electrodes to your scalp before travelling – on a cross channel ferry, for example.”

In the study, volunteers wore electrodes on their heads for about 10 minutes. They were then asked to sit in a motorised rotating chair that also tilts to simulate the motions that tend to make people sick on boats or rollercoasters. Following the treatment, they were less likely to feel nauseous and they recovered more quickly.

Professor Michael Gresty from Imperial College who collaborated in this study and is a world expert on motion sickness said: “The problem with treatments for motion sickness is that the effective ones are usually tablets that also make people drowsy. That’s all very well if you are on a short journey or a passenger, but what about if you work on a cruise ship and need to deal with motion sickness whilst continuing to work?

“We are really excited about the potential of this new treatment to provide an effective measure to prevent motion sickness with no apparent side effects. The benefits that we saw are very close to the effects we see with the best travel sickness medications available.”

The research team are already beginning to talk to partners in industry about developing the device. In particular, there is interest from the military for various aspects of their work. This might include helping people who are remotely controlling drones using a visual interface that can lead to nausea.

Dr Arshad said: “From other studies we also have evidence that stimulating the brain in this way can enhance attention and concentration. This aspect is of great interest to the military and we imagine that other groups such as students and people who spend long periods playing computer games will also want to try it out.

“The currents involved are very small and there is no reason to expect any adverse effects from short term use.”