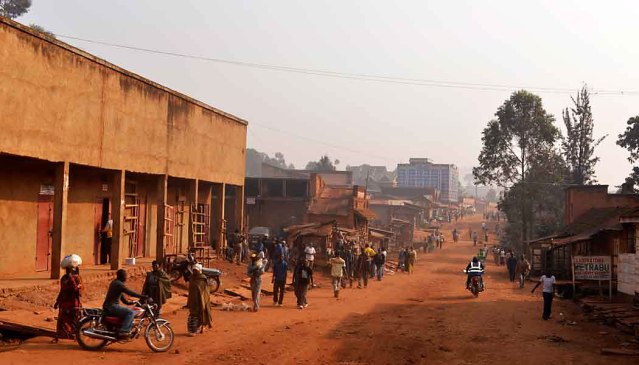 The 7R Future Leadership Institute has been following Belgian Floris Buter from the Virunga National Park on a week long field trip in Africa, in order to gather topography data for a hydro-power project. The collected data are to be wired to the Belgian engineering firm TPF. They need the data to make a feasibility study.

I get up early to get some stuff done in the new house. Because there are no curtains yet and because my natural rhythm is like that, I wake up at six o’ clock no matter how late it was the night before.

I notice I left my bag in Isé’s car yesterday when he dropped me here. This is my go-bag and contains everything I need to go anywhere in the world without being bothered about stuff I need. Everything is in there: passports, yellow fever book, money, credit cards, Ordre de Mission (to travel within DRC), my laptop, my telephone charger and my sunglasses. This is an important bag for me.

I call Léon, he doesn’t pick up his phone. As I have to wait anyway I take the breakfast: tea, bread, yoghurt in the cafeteria just across my new road, 100 meters up, followed by going to the Albertine Hotel to search for my bag. I see Jonathan, the CEO of Kivu Green Energy there. He’s having breakfast with his wife and two boys and they’re enjoying the pool. I explain that I’m looking for my bag and off I go.

I go to Guilan’s place to get my bag from Isé’s car. The gate is closed. Later on I find out Guilan and Léon were there, but they were still asleep. Even the guards were sleeping apparently because nobody bothered opening the gate.

I walk back to the Albertine Hotel to take a moto taxi back home to chill. Ricky calls. He picks me up at 14:30 with ZBD to go to his new house. His whole family is there, as well as a lot of Ricky’s friends. It’s crowded in the newly built house. There’s great food. I inspect the house. Ricky explains me how he ‘dimensioned’ the solar-battery system he installed. He has a 120W panel and a 100 Ampère-Hour battery. This gives him 24/7, 220V AC electricity together with a 12V DC network he uses for the LED lights illuminating his rooms. He even has a flat screen, a satellite DSTV dish and a DVD player. I’m impressed.

Then I get a gift: The African continent carved in wood with jewelry for my fiancé (my lover)(I don’t know her name or where she is) Ricky’s wife and mother explain to me while smiling. Now I start to realize this party is organized by Ricky specially for me. I’m touched and decide to go and talk to his mother who came all the way from Goma just to see me.

We take a group picture in front of Ricky’s house. Nadine, the small cousin of Ricky is stealing the show with her super-pink-neon-light-style dress and braids in her hair that have decorations in the same color as her dress.

Not for long as Ricky’s wife and mother, ZBD and myself take the small Suzuki that Safari gave to Ricky, to go to a baby shower. Kasay is celebrating he has a new child. At Kasay’s house we eat again and drink a beer. After many photos, we go back. Ricky drops me off at Albertine.

Again I go to Guilan’s house to look for my bag. Here I meet Pascaline, Guilan’s wife. We talk, I’m offered a juicy drink. I play with Guilan’s kids Rafaël and Michel. After a while Léon’s and Guilan’s parents arrive and I meet them for the first time. Then Leon arrives with my bag. It’s already dark (18:30) and I’ve been looking for my bag since early morning but I’m glad I had some distraction during the day organized by Ricky and Kasay.

Isé and Léon invite me to come with them to a meeting with a friend in the new hotel of the governor. I politely decline and they drop me at the Albertine Hotel. I take a room and sleep. Staying in my new house without curtains is not appealing to me.

* The Virunga Movie was nominated for an Oscar in 2015 in the category ‘Best Documentary Feature’. You can watch it here. (note FLI Institute) 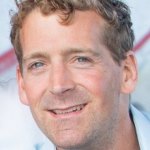 Virunga is truly the crown jewel of Africa’s national parks. The park contains over 50% of sub-Saharan Africa’s biodiversity and is home to about 200 of the earth’s last 720 critically endangered mountain gorillas. Virunga is the oldest national park in the Africa. Despite this, the forests and amazing animals of the park, most notably the mountain gorilla, are in a desperate fight for their survival.

To read the other diary posts from Floris Buter, click here.