A Better Way To Deliver Innovation To The World

“To tackle our biggest societal challenges, we need an innovation pipeline that delivers every drop,” Reif writes. 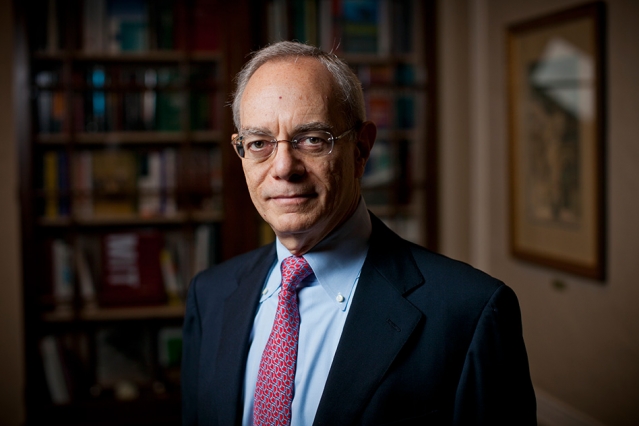 The below op-ed, by MIT President L. Rafael Reif, appeared in  Washington Post on May 22nd.

In 2012, MIT researchers introduced a liquid-impregnated surface that made the inside of a bottle so slippery that ketchup would flow out freely to the last drop.

Today, LiquiGlide, the company spun out from this advance, has 30 industrial customers and has received thousands of inquiries from businesses that see new ways to use the technology, from IV blood bags to oil pipelines. The company, in which MIT has an equity stake, secured significant first-round venture funding this spring.

This is one way the United States’ innovation system works: Together, the public and private sectors make investments in higher education and scientific research. (LiquiGlide emerged from research funded by the National Science Foundation and the Defense Department.) These investments spawn graduates and ideas that, through venture-capital-funded start-ups, pay off in innovations that serve society: the ultimate return on investment.

That system works beautifully for digital technologies and those tangible innovations, such as LiquiGlide, with market-ready applications. Generally, these are new ideas based on existing technologies. With a good shot of producing returns within five years, they are magnets for talent and venture capital — and eventually for big companies that often buy the start-ups whole.

But this system leaves a category of innovation stranded: new ideas based on new science. Self-fertilizing plants. Bacteria that can synthesize biofuels. Safe nuclear energy technology. Affordable desalination at scale. It takes time for new-science technologies to make the journey from lab to market, often including time to invent new manufacturing processes. It may take 10 years, which is longer than most venture capitalists can wait. The result? As a nation, we leave a lot of innovation ketchup in the bottle.

This is a relatively new situation. From the 1960s through the early 1990s, society’s investments in education and research produced smart people and brilliant ideas, and then big companies with big internal R&D operations would hire those people, develop those ideas and deliver them to the marketplace. When I joined MIT’s electrical engineering faculty in 1980, that model was working extremely well, translating discoveries from university labs across the country into innovations such as silicon-on-insulator technology (IBM) and strained silicon(Intel) — two advances indispensable to delivering on the promise of Moore’s Law, which since the ’60s has enabled the rapid advance of computing power.

In the past two decades, and especially the past five years, the United States has undergone a profound shift in how it develops, adopts and capitalizes on innovation. Today, our highly optimized, venture-capital-driven innovation system is simply not structured to support complex, slower-growing concepts that could end up being hugely significant — the kind that might lead to disruptive solutions to existential challenges in sustainable energy, water and food security, and health.

This is no criticism of U.S. venture capital, which does its job extremely well. Nor is it a plea for government-funded innovation. Federal support is crucial for fundamental and applied science, which leads to new technologies and innovation. But government cannot effectively supply large-scale, long-term funding for new companies and products. And it may be unrealistic to expect big corporations to patiently invest in technologies designed to impatiently disrupt them.

But the United States needs a more systematic way to help its bottled-up new-science innovators deliver their ideas to the world. That calls for accelerating a two-stage process: from idea to investment, and from investment to impact.

To create a new way of supporting the first stage — from idea to investment — a coalition of funders from the public, for-profit and not-for-profit sectors could work together to establish “innovation orchards.” These would provide what universities alone cannot: the physical space, mentorship and bridge-funding for entrepreneurs to turn new science into workable products, up to the point that they meet venture capital’s five-year threshold for the journey from investment to an impact on the market. This would make investing in tangible or tangible-digital hybrid innovations no riskier than investing in the purely digital.

A second approach: Find ways to shorten the full span from idea to impact, reducing it from, say, 10 years to five. There’s a growing body of evidence from MIT and elsewhere that in a range of high-potential tangible fields such as nano-manufacturing and materials science, it may be possible to reproduce the process of rapid, relatively low-cost refinement and iteration that is so powerful in advancing purely digital concepts. We could also speed the process by helping researchers more efficiently master the best practices of science-based entrepreneurship. LiquiGlide’s founders did not wait to finish their scientific thinking before focusing on manufacturing: They refined the research and worked out how to scale up production in parallel.

There are, no doubt, other ways to address this lost potential; perhaps there are undreamed of ways of applying crowd-funding, where the small scale of contributions would translate into nearly infinite investor patience. But to find solutions, we first need to recognize the problem. To tackle our biggest societal challenges, we need an innovation pipeline that delivers every drop.

Reprinted with permission of MIT News