What is the Future of Print?

What could arguably be deemed the strongest of the printing industry trade associations is now surveying its members, asking them to describe whether the future of “print” is grim or bright.

They will get a wide range of responses, and setting aside the value of reporting to their members what those members already think, the question itself is much too broad. Instead, I’d like to propose a series of different questions that cut to the core. Here they are:

1. The Future of Print as a Process

Print as a process has a bright future because our industrialized society continues to “mark on substrates.” For most of us, that means applying text and images (often together) to paper and other substrates for a wide variety of purposes. The versatility and diversity of applications guarantee that “print” will thrive. Certainly digital technology will displace some uses of print. However, many of those printed products whose demise has long been a foregone conclusion refuse to vanish. From the telephone directory to the lowly business card, there are applications for which print remains competitive with any digital alternative. While offset lithography is diminishing, inkjet and other digital imaging technologies are delivering the same sorts of printed products which are fulfilling the same applications. Will overall demand continue to trend downward? Certainly. Will pricing pressure continue as demand falls? Absolutely. But will print as a process vanish? I wouldn’t bet on it.

2. The Future of Print as a Communication Medium

Print as a communication medium is certainly diminishing. Newspapers are the sharp point of that spear. Magazines and other periodicals have declined more slowly, because even younger readers often prefer the tactile experience and all the other characteristics of print. The print v. digital discussion often misses attributes of print that help it resist erosion. Print is self-archiving. Print requires no external power source. Print requires no separate device with which to interface. Print is easily and inexpensively replaceable if damaged or lost. Print requires no learning of a user interface beyond a third grade education, which is where most of us really began learning to read with comprehension. Print’s chief disadvantage is distribution. And its future as a communication medium is largely tied to the fortunes of the USPS. When distribution is simply far too expensive to sustain, print declines. And every USPS rate case which has raised periodical and standard mail rates has been mirrored by a decline in print volume. Will print as a medium vanish? That’s also very unlikely. For certain purposes, print’s effectiveness will be worth its expense, even with the distribution challenge it faces. Direct Mail marketing is proving that every day.

3. The Future of Print as a Business Model

The future of print as a business model is a more interesting and pertinent question. For nearly a century, nearly all printing firms have had parallel business models. Commercial print as a stand-alone business emerged as newspapers ceased being the community provider of print other than their own publications. And commercial printers have nearly identical “job shop” business models. I’d argue that the business model itself is creating the most pain. In fact, it is the job shop business model that creates too little customer value to remain viable and relevant even while print as a process and print as a medium retain a good deal of viability. The “job shop” business model has four simple components: sell it, make it, ship it, and bill for it. Inevitably, that’s led to businesses with very simple business structures: sales, manufacturing, distribution, accounting. While many printing industry firms have grown enough to add other functional departments, those four remain the core elements of their business models. And that business model is turning into a sea anchor for far too many. The job shop business model relies on winning the opportunity to do what someone else has already determined needs doing. That means selling is all about capturing existing demand. If demand is diminishing, the job shop business model has nothing to say and no means to respond. Because nothing about it is focused on creating new demand where none existed before. So the viability of the commercial printing business model is under the most direct threat of irrelevance and obsolescence. The great good news is that those legacy printing companies who have recognized this threat and altered their business models (which is much more than offering new products and services) are creating strong and sustainable futures for themselves. They just don’t define themselves as “printing companies” any longer.

4. The Future of Print as an Industry

What’s the future of print as an industry? If “an industry” is defined as a large number of companies structured almost identically and offering the same products and services, then the “printing industry” is seriously threatened. Every successful business strategy is based on differentiation. Success depends on being and acting different than one’s competitors. When it is more and more difficult to compare a company with others, a sustainable competitive advantage for that company is usually growing. But if we pair that kind of change with the declining viability of the job shop business model and displacement of some print by digital alternatives, an industry of “printing companies” will continue to shrink and ultimately vanish. That doesn’t mean that the companies themselves or the great people in them will disappear. Rather, it means that those firms simply won’t be “printing companies” any longer. They will be something else, most likely many different “something elses.” And that’s a great thing.

5. The Future of Print as a Trade Association

So, what’s the future of print as a trade association? That’s perhaps the most immediately pertinent question. An “industry” of “printing companies” is being deconstructed as many of those companies reinvent themselves (many defining themselves as part of their customer’s industry segments). As that happens, the future for trade associations becomes murky indeed. When the member business models aren’t almost identical, and their needs are no longer at least parallel (if not uniform) then any association is hard pressed to create meaningful value for a broad enough swath of member companies to sustain itself. Let’s face it: association members remain members when sufficient value is being created for member companies, their owners, and their employees. But when the needs of the members are sufficiently diverse, an association cannot create services and programs with an appeal broad enough to attract member participation and loyalty. And that’s what’s facing the the legacy printing associations now. Legacy printing associations are having a harder and harder time retaining members.

Attendance at meetings and conferences is declining. Participation in educational programs of all kinds is more and more difficult to sustain or build. It’s easy to blame those trends on the decline in the number of “printing establishments” or declining demand for print and the financial condition of printing companies. However, association programs intended to help member companies do more of what they’ve always done (selling, manufacturing, distributing, and accounting) are as much the problem. Take selling and marketing as one good example. Most conference presentations on sales and marketing are still focused on capturing existing demand. Very few of them even mention creating demand. Fewer still deal with methods to discover what customers want and need, and then develop services to fulfill those wants and needs. So, if demand for print is declining and demand capture isn’t working well, then learning how to do better what’s already not really working isn’t helpful. And association members know it. Owners of member companies tend to be bright folk. When association offerings aren’t speaking to what association members are having to face and to do, it’s easy to understand why those owners look elsewhere for actionable information and help.

Creating a Future for Print?

Two of the fastest ways to see a viable strategy are to look at the business model, and to look at how a company behaves with its customers. So don’t claim “transformation” if your business model is still based on “selling-making-distributing-billing” that which someone else has already decided to do. Don’t claim transformation if you’re fielding a sales force only equipped to capture existing demand. Real marketers do neither. And those are the firms that are growing. 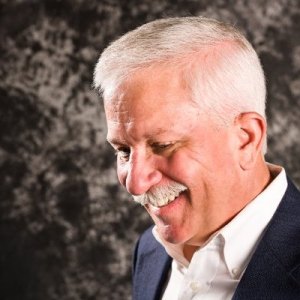 Wayne Peterson is the Principal of the Black Canyon Consulting Group Inc. Wayne’s 30-year career in Graphic Communications has included CEO assignments three times, as well as C-Level roles in marketing and business development. He has built five strong brands, and led three fast-growing firms. He founded the Black Canyon Consulting Group in 2008, and he serves as a fractional executive for most of his clients (chief marketing officer, chief brand officer, chief strategy officer, chief business development officer).

Wayne can be reached directly at 540 751-0852 or wayne.peterson (at) blackcanyonconsulting.com