Student Report: “The Future of Hong Kong, Implications for the West” 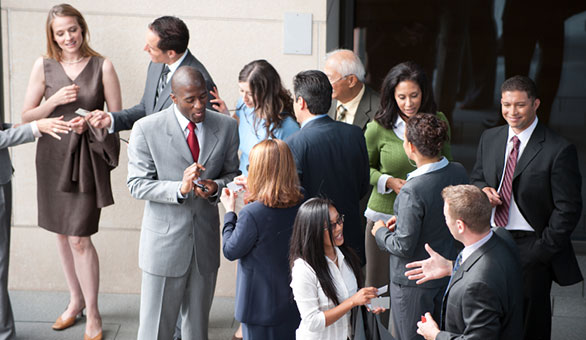 Based on article: Hong Kong Diary: Umbrellas Are Starting to Close (Newsweek)
by Lilli Hoiting Li

Protesters in Hong Kong remained on high alert late Sunday, prepared for any further battles with pro-Beijing supporters and the police, after violent confrontations between supporters for and against the democratic movement broke out over the weekend.

But the number of protesters had decreased substantially compared to the last week, with some dispersing amidst fears of a crackdown by police ahead of the workday, Reuters reports.

The relatively peaceful protests, ongoing for a week now, saw bouts of violence this weekend between pro-democracy protesters and pro-Beijing supporters and residents opposed to the continuation of the movement.

Many of these confrontations took place in Mong Kok, a busy shopping district where an estimated 1,000 people or more were still camped out by around midnight.

“Since the major confrontations happened on Friday, there have been numerous small confrontation between two camps from time to time,” said Albert Yau, 27, a sociology student, who stayed at the protest site in Mong Kok overnight.

He continued, “Those small fights normally started by the anti-Occupy camp, who provoked protestors by aggressive speech. Some of them got taken away by the police, but as some of our protestors believe, the police let them go without arresting them, cause they do return to the protest site again after the “arrestment” by the police.”

Various media reports depict the Hong Kong police as turning a blind eye to the attacks by the anti-Occupy gangs. Amnesty International also commented on the failure of the Hong Kong’s police in protecting peaceful pro-democracy protestors from threats by the counter camp on Friday.

Hong Kong leader, Leung Chun-ying, declared that occupied major roads should be cleared by Monday morning. The situation was tense Sunday night and early Monday morning, with protesters concerned further actions by the police would be taken soon.

“There are police standing by the fire water pipe, which might be use for water guns to clear the crowd,” said Albert. “And at around 4 a.m. Sunday morning, we saw the police were observing us from the HSBC building, but we had more than thousand people here at Mong Kok site, which I believe that was the reason for them not taking any actions.”

On the other side of Hong Kong, the atmosphere at the main protest site at the Admiralty, where Reuters estimated around 4,000 people were gathered, was relatively more relaxed than in Mong Kok.

Protesters gather in the Admiralty on October 5, 2014. Lilli Hoiting Li

“I don’t think the police will escalate their action to clear the occupied streets here in Admiralty, because we have so many of us here, and the world is watching,” said Steven Poon, 23, a fresh graduate and now working as an accountant.

“Of course we have to stay alert, but I am also optimistic about the situation tonight. Though I think it is more likely for the police to take actions in Mong Kok, or there will be more pro-Beijing supporters trying to make troubles there,” Steven said.

In response to shouting and provocations by pro-Beijing supporters, pro-democracy protesters in both Mong Kok and the Admirality had taken to singing “Happy Birthday.”

A group of art students assemble an art piece at the Admiralty protest site, with a yellow umbrella, seen as the symbol of the movement, October 5, 2014. Lilli Hoiting Li

“I will continue to stay here to support the movement,” said Tam Sum, 21, a freelance stylist, who has been participating in the protest as a volunteer helper for over a week. “But I think the movement has to continue, at least until the [Leung Chun-ying] would come out to respond to our demands directly, to talk to us publicly.”

The “Umbrella Revolution” may continue if protestors stand by tonight, but the number of participants might be even less by Monday morning, a workday.