Out Of The Crisis With An Egyptian Triumvirate? An Outsider’s Perspective. (Column) 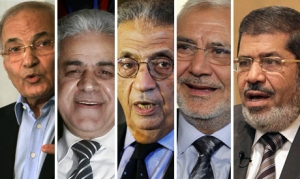 A triumvirate is a political system in which the leadership is given to three dominating political figures. During history it has been used in times of major crises, to solve major problems and lead the state to a new era. The most known triumvirate in ancient times was the one of Caesar in Rome, where it was made to balance powers and to bridge a difficult period. Also famous was the triumvirate in France by Napoleon (1795-1799) in order to safeguard the French revolution. Another well known modern one existed in the Netherlands in 1561, where it was installed to guarantee the civil and religious liberties.

In the current situation of Egypt, a triumvirate could also be the solution. Egypt lives through a major crisis, and it looks for a guarantee for civil and religious liberties and wants to safeguard the revolution. How could this triumvirate work in practice?

– President 1 will be responsible for the reform of everything which lies in the competences of social, economic, cultural and education affairs. He will lead the government.

– President 3 will be responsible for anything which is foreign affairs and defence, for the relationship with the military and for the reform of the judiciary system.

Sometimes history can be useful to find creative solutions. But of course, it’s just an idea from an outsider’s perspective.