​Sometimes, It Pays For The Boss To Be Humble 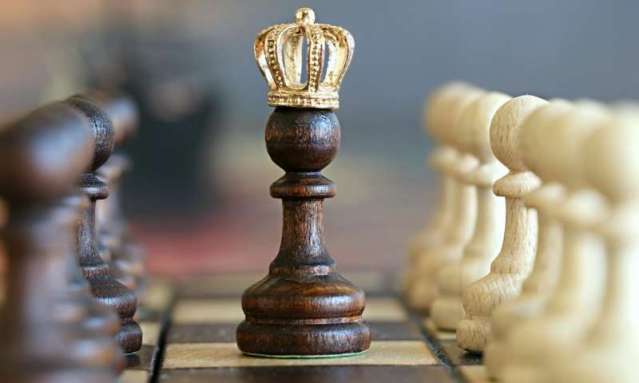 It’s good to be humble when you’re the boss – as long as that’s what your employees expect.

Researchers studying workplaces in China found that some real-life teams showed more creativity if the employees rated their bosses as showing more humility.

“Whether leader humility is a good thing really depends on the team members’ expectations,” said Jia (Jasmine) Hu, lead author of the study and associate professor of management and human resources at The Ohio State University’s Fisher College of Business.

Humble leaders are most effective when team members expect a low degree of distance between the leaders and followers, Hu explained. When there is low power distance, employees share power with their boss in a collaborative way.

But humility may be seen as a weakness when the power distance is high and employees expect their boss to be dominant, take charge and give strong direction, she said.

“One practical implication for managers is that they need to understand what their team members expect and value from them,” Hu said.

The study, conducted with colleagues at Ohio State, Portland State University, and Renmin University of China, was published online recently in the Journal of Applied Psychology.

For the study, the researchers collected data on work teams and team leaders from 11 information and technology companies in a major city in northern China at three time points over six months. In all, the final study sample included 354 members from 72 teams.

At the beginning of the study, team members rated their leaders’ humility on a six-item scale. Workers rated how much they agreed with statements like “Our team leader is open to the advice of others.”

“Humble leaders were those who gave employees a chance to speak up and have a voice in the decision-making process and who also acknowledged their own limitations,” Hu said.

Power distance between team members and leaders was measured by asking workers how much they agreed with statements like “When a performance appraisal made by the supervisor does not fit with subordinates’ expectations, the employees should feel free to discuss it with the supervisor.” The more employees agreed with a statement like this, the lower the measured power distance assigned by the researchers.

Three months later, team members rated how much they shared information with each other. And six months after the start of the study, team leaders rated how creative their teams were.

The reason appeared to be that these teams exchanged and shared more information with each other than did other teams.

“And when they shared more information with each other, they broadened the scope of team skills, more actively looked for novel solutions to problems, and were more creative.”

While this study was done in China, Hu said the results should be applicable to the United States. Other research has shown that, both in the United States and China, there is a wide variation in what employees expect from their managers and what they think their relationship should be like.

Other studies have also shown that levels of leader humility are similar in Chinese and U.S. samples.

One lesson from these results should be that a business leader’s success is not dependent only on his or her attributes, she said.

“It is not as easy as saying humility is always a good or a bad thing for leaders,” Hu explained.

“We often ignore the contextual factors that explain the failure or success of leaders. Leadership is not just about how leaders behave, but also about their team members and what they want and expect.”