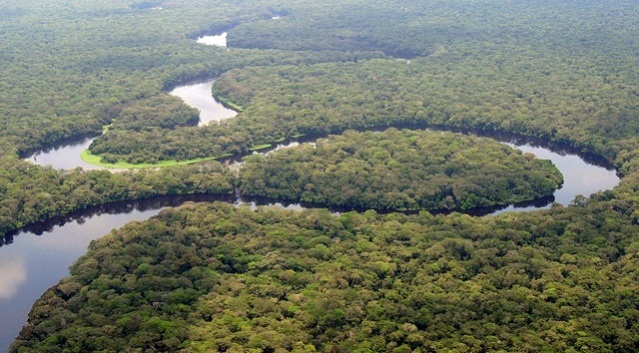 According to several travel guides Ishango is the most beautiful place on the planet. It is also the name of a new restaurant that is going to be opened in the city center of Beni.

The 7R Future Leadership Institute has been following Belgian Floris Buter from the Virunga National Park on a week long field trip in Africa, in order to gather topography data for a hydro-power project. The collected data are to be wired to the Belgian engineering firm TPF. They need the data to make a feasibility study.

I get up, take a shower and eat my breakfast.
I put some cloth in my big green solid re-usable bag with zipper, the one I once bought in Kampala, Uganda. I ask Zébédée to collect all the cool photos he has from our missions and to put them on a USB stick so I can transfer them to my machine. I get all my stuff in the car.
I make photos of this memorable moment: Floris leaving Mutsora for the last time while working for PNVi/Virunga Foundation.

I drive myself to Beni. Papy already went yesterday to play with his kids (and his wife ;). As from Monday, he will be with Zébédée at the Lukwaliha site for a period of 40 days minimum, so it’s good he went to Beni a bit earlier. Accompanying  us are our 2 guards from Rwindi, ZBD and one ranger in “tenue civile” who just lost a friend in the center sector a few days ago during an ambush on the beach. He asks if he can go to the funeral. We’ll bring him to Beni and from there, he will take a taxi or a Fuso truck.

On our way from Mutsora to Beni, we encounter Léon, Guillan, Mr. Michel, D. and another visitor. They’re going to visit the soap factory in Mutwanga.
We arrive in Beni and the motor shuts down. I am not able to start it again and I propose to call Papy. Zébédée and the guards convince me it’s only a matter of pushing the car from a slope downwards in 2nd gear before the motor starts again. I follow their advice and yes, the trick works. This spares ourselves and Papy some unnecessary time doing unnecessary things.
We arrive at Mushenzi’s place (this is the central hub in Beni where everything seems to start and end): I leave my stuff inside the car.
I start working with Zébédée (ZBD) at Mushenzi’s place. We’re working on the “what’s next?” plan. We decide to stay the weekend in Beni. Our paths will separate on Monday morning. ZBD makes an “état de besoin” (list of things we need) for the month of July. This will be the last one I send to Finance. After this, I instruct Finance, ZBD is the project leader of the feasibility studies.

At 13:00 I have a meeting with the Kivu Green Energy (KGE) team at Chez Mario’s (this is an Italian restaurant, run by a Greek called Mario, and it’s just after ENRA and the bridge over the small river on your left hand side).
The meeting is interesting. I decide to keep on talking to the KGE team. They’re planning to provide stable, prepaid, green electricity to Beni. If Beni needs one thing, it is electricity.

I go back to Mushenzi’s and continue my meeting with ZBD. We decide to leave on Monday for a mission to the Lukwaliha site. This is a slight change of plans because our intent was first to go back to the Taliha Sud side, but since the attack on the beach in the center sector a few days ago, we decide it’s safer to first topography a site that is further away from the center sector. The Taliha Sud side is high up in the mountain range bordering the west side of Virunga National Park and in a direct line maybe 25 km from the center sector where the attacks happened.

I send Léon a message that I need the keys of the new house. Léon sends the number of an employee that has the keys. I’m going from Mushenzi’s to Ishango. According to several travel guides Ishango is the most beautiful place on the planet. It is also the name of the new restaurant that is going to be opened in the city center of Beni. I meet the employee of Léon that has our keys. His name is Makasi, he is an engineer at the Ishango restaurant. He gives me the keys of the house. I drop my stuff at the new house with the V08. After a while, Léon shows up. We discuss what could be done to the house to make it more livable. Curtains and electricity are the most important things I need.

We go and eat in Albertine Hotel with Mr. Michel and his wife, Josianne and Dimitri. We enjoy Sambucca afterwards. We go to the disco “La Bourgeoisie”, afterwards we go to “Mosaïc”, the other bling bling disco in Beni. We enjoy the night and have lots of fun. Isé drops me at my new house.
For the first time I sleep in my new house. The house is located in a ‘quartier’ called “Matonge”.

* The Virunga Movie was nominated for an Oscar in 2015 in the category ‘Best Documentary Feature’. You can watch it here. (note FLI Institute)

Virunga is truly the crown jewel of Africa’s national parks. The park contains over 50% of sub-Saharan Africa’s biodiversity and is home to about 200 of the earth’s last 720 critically endangered mountain gorillas. Virunga is the oldest national park in the Africa. Despite this, the forests and amazing animals of the park, most notably the mountain gorilla, are in a desperate fight for their survival.

To read the other diary posts from Floris Buter, click here.